The Polyptych of the Mystical Lamb by Van Eyck is again open to the public, with new lighting but above all with a new, very expensive, case, necessary for a better conservation of the artwork.

To tell the truth, they should worry about other aspects.

The astonishing silence of the Lamb not the Optical Revolution

It is an image that has gone viral, perhaps to promote an expensive exhibition, the umpteenth “made in Belgium” restoration of the Van Eyck brothers’ Mystical Lamb Polyptych (N.B.”The Ghent altar revealed” only closed in 2017).

The realistic eyes of the Lamb as we had known them, have been removed to reveal the first version of the painting, where the Lamb has a less ovine and more “human” appearance.

Let’s read what the restorer told the New York Times: “at some point in the 1500s another painter, or perhaps a group of painters, decided that it needed a reworking. They may have wanted to change the painting for theological reasons — this was, after all, the middle of the Protestant Reformation and the Catholic Church was rewriting its doctrines at the Council of Trent — or because painting styles had changed“.

The whole painting was redone, she said, “not only the lamb but all the draperies, the top part of the landscape, the sky and the city view, and on the reverse of the wings, about 70 percent was overpainted.”

She added: “What is peculiar about this one is that it was extremely carefully done so that all the contours of the figures were respected and most of the colors were reproduced with very high-quality pigments. It was not a botched job.”

But luckily, restorers discovered that there was also a very thick layer of varnish between the original painting and the newer version, which made it relatively easy for them to remove that layer to get back to van Eyck’s work, Ms. Dubois said. The original head of the lamb, for example, was “in very good condition,” she said. “We only had to do a tiny restoration of tiny paint losses.”

They removed a “repaint” not only historicized, but almost coeval, made with similar pigments and techniques.

Already since 1972 the Italian Restoration Charter (Art 6) absolutely forbids such practices, and for good reasons.

Especially since the first version of the lamb was clearly visible in reflectography  and it could have been documented even better with our Multilayer Method, and maybe illustrated in a display panel. 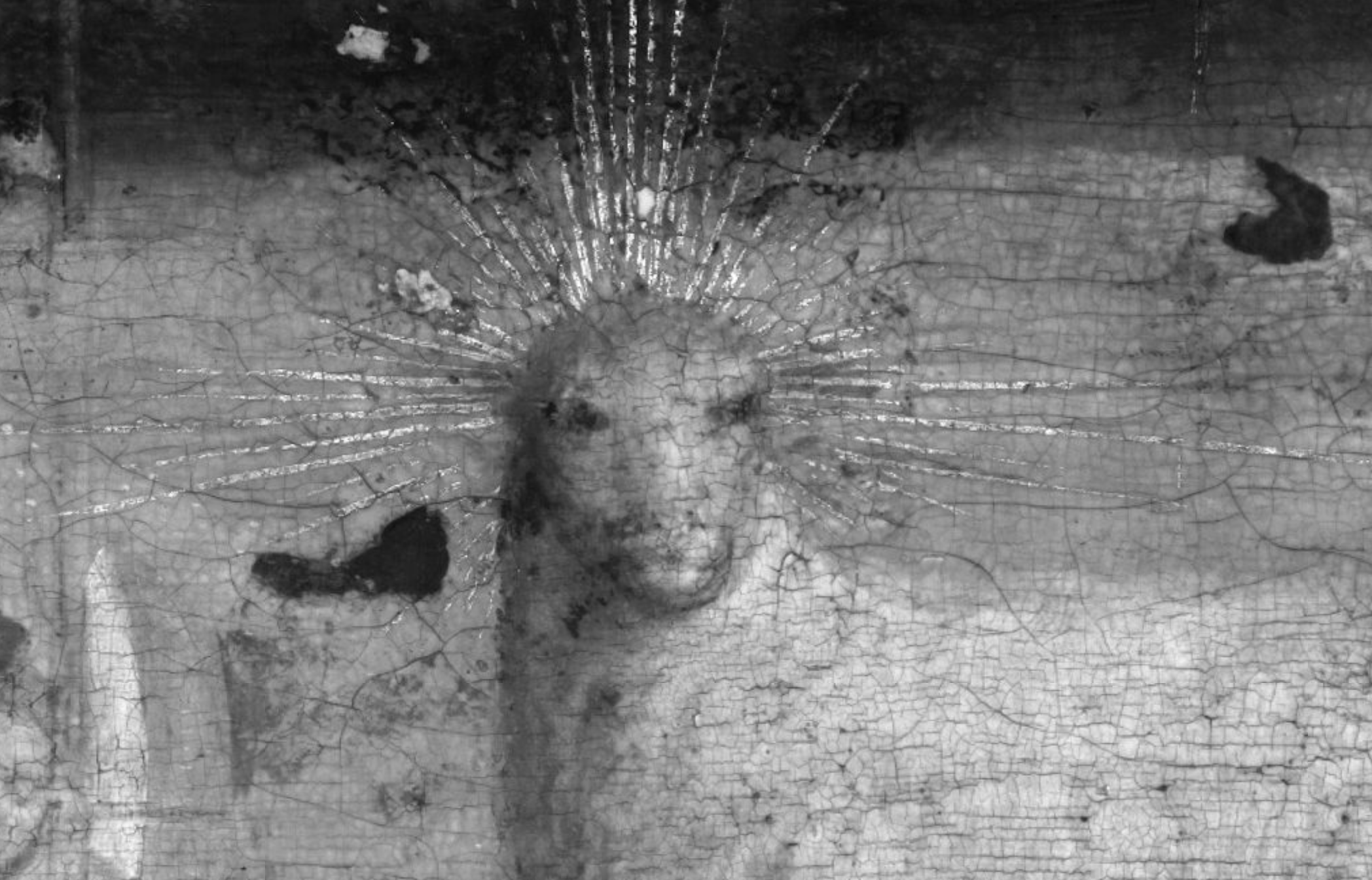 So why this crazy and “criminal” decision?

We are left speechless. And it is a pity that the leaders of Italian restoration arena seem to be speechless too.

We would have preferred to discuss van Eyck’s true Optical Revolution, the one described by David Hockney and Charles Falco but also by Roberta Lapucci. The one that made it possible, through the use of mirrors and lenses, perhaps not to Hubert, but certainly to Jan, to obtain such a photographic rendering of faces and objects. And lambs.

Time to squeeze your brains Primitives, plagues and other current issues

A great cleaning (and scalpel work), which Cesare Brandi would be proud of