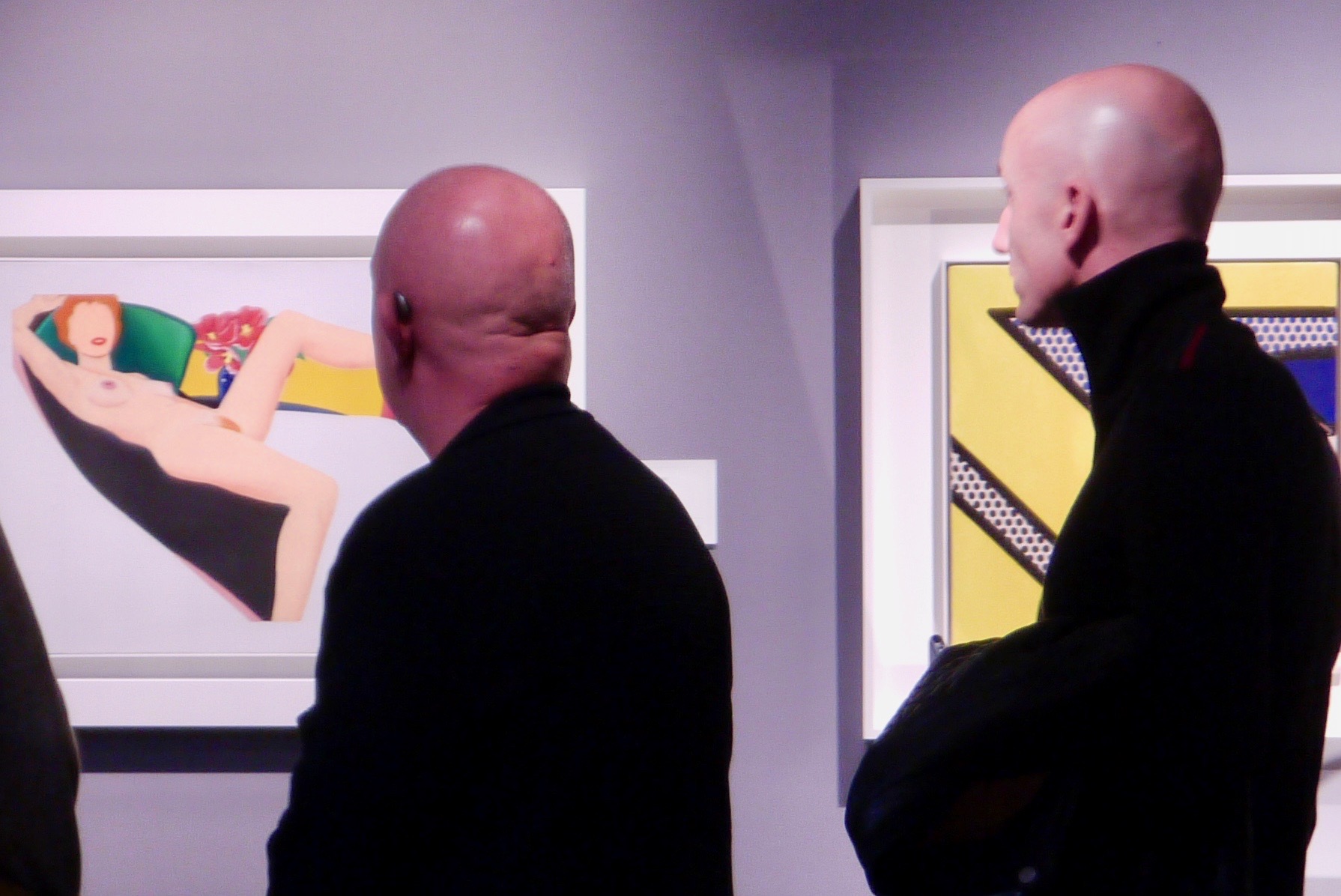 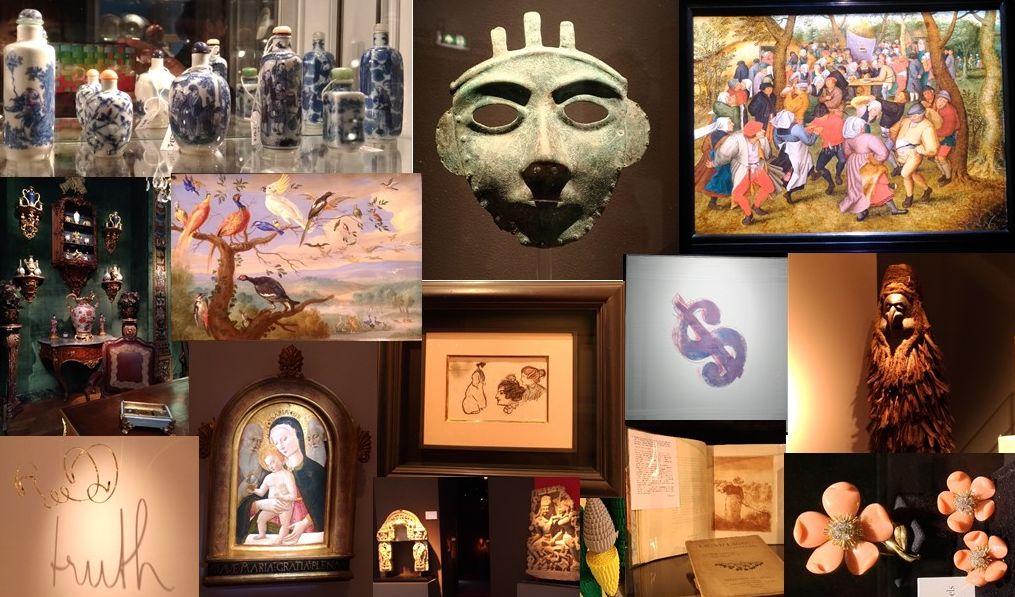 The Art Test channel on Youtube is born!
You can finally see some videos of our work, including the report that the Rai TV program “Superquark” dedicated to the discovery of the authenticity of a Caravaggio painting in collaboration with Roberta Lapucci, and the presentation “Beyond Gold. More than meets the eyes” with some of the results of the analysis of 50 paintings from the Pinacoteca di Siena which were shown at the Bozar in Brussels during the exhibition “Paintings from Siena: Ars Narrandi in Europe’s Gothic Age” (now scheduled at the Musée des Beaux-Arts in Rouen from 21 March to 17 August 2015), and which along with other 50 paintings (also belonging to the Art Gallery of Siena) are part of the database “Sotto l’oro” ( http://www.art-test.com/database-en/ )
We invite you to subscribe to our channel to keep updated on events, discoveries and presentations that we’ll publish.

Click on the image to watch the video on the analysis of the paintings of Siena!

Concluding the semester of Italian Presidency of the EU Council and the exhibition “Ars Narrandi in Euope’s Gothic Age” at the Bozar, i.e. the Centre de Beaux-Arts in Brussels, (exhibition to be hosted from March 21 to August 17, 2015 at the Musée des Beaux-Arts in Rouen), a symposium entitled “Path to Europe: influences and contacts between Byzantium and the low countries” organized by BOZAR-EXPO in collaboration with the Catholic University of Louvain and the Leventis Foundation of Nicosia took place on  January 18, 2015.
Paul Dujardin, artistic director of the Bozar, and Bernard Coulie, Honorary Rector and President of the Catholic University of Leuven, has welcomed speakers at this conference focusing on how the influence of Byzantine painting on Flemish art through the mediation of the Italian cities, with particular reference to the role played by Siena.
Among the speakers, Dr. Mario Scalini, one of the curators of the exhibition “Ars Narrandi in Euope’s Gothic Age”, Soprintendente BSAE of Siena and Grosseto, has held a lecture entitled “Angelicae Cohortes: notes about armored saints and angels from Byzantium to the Low countries”.
The speech of Dr. Anna Pelagotti for Art-Test, “Under the gold: a database of underdrawing and material analyses on Sienese Paintings. Connections and dissimilarities among painting techniques across centuries and countries “, addressed the close relationship between the art object and the techniques used to achieve it and introduce the database of diagnostic investigations over hundred paintings from the Pinacoteca di Siena Art-Test Florence carried out in the past few months, in collaboration with the Soprintendenza of Siena and Grosseto, designed to compare and learn about the styles and techniques of about 65 artists between the thirteenth and fifteenth century and which can now be purchased (http://www.art-test.com/database-en/) either complete or by individual images.
For program details, please visit the dedicated webpage of the Bozar at https://www.bozar.be/activity.php?id=15516&selectiondate=2015-01-18

Ars Narrandi in Europe’s Gothic Age, Siena and Art-Test at the BOZAR in Bruxelles

More than 800 people took part to the inauguration of the exhibition “Painting from Siena: Ars Narrandi in Europe’s Gothic Age”, last September 9th at the Palais de Beaux-Arts (BOZAR) in Brussels.
Also the President of the European Commission, Jose’ Manuel Barroso, joined the event, (and in his speech mentioned his love for Siena), together with the Italian Minister for Environment, Galletti, the Italian Ambassador in Belgium, Bastinelli, and the host, the BOZAR director Dujardin, welcoming the exposition and its curators: the Superintendent of Siena and Grosseto, Scalini, and the director of the Sienese Pinacoteca, Guiducci.
Art-Test produced a slide presentation describing some of the results of the analyses on about 50 of the paintings currently on show, which is not displayed within the exhibition. We are happy to hear that is was well received both by the public and the scholars.
The next 18th January a symposium, co-organized by BOZAR and UCL, on “Byzantium and the Flemish Art, Contact and Influence” will be held on the occasion of the exhibition. Both dr. Scalini, for MIUR, and dr. ing. Anna Pelagotti, for Art-Test will give a talk, focusing on the findings possible with the information available within the database.
To know more about Bozar: https://www.bozar.be/activity.php?id=14090&selectiondate=2014-11-06

The Superintender Scalini and the President of the European Commission at the opening.

Siena for IT presidency of EU in Brussels

Among the initiatives for the Italian Semester of Presidency of the European Union (1st July- 31st Dec 2014), the exhibition “Ars Narrandi in the Gothic Age of Europe” (9/11 2014 – 18/1 2015) will enchant visitors at the BOZAR (Centre for Fine Arts) of Bruxelles.
The collaboration between Pinacoteca di Siena and the Musée des Beaux-Artes di Rouen will present more than 60 artworks of Sienese painters working in XIII- XV century period.
A fascinating route through the stylistic evolution from the Byzantine stateliness to new spatial concepts, to unusual and vivid colors which influenced also other Italian and European schools when Italy and Siena in particular hosted the most daring modernity.
The exposition icon is the splendid Madonna dell’Umiltà by Giovanni di Paolo (in the picture), which together with other 30 artworks lend to the Belgian exposition belong to the group of paintings of the Pinacoteca of Siena which Art-Test analyzed and will be included in the 100 works database, already announced in one of our previous newsletter. At the Bozar visitors can also watch a presentation regarding the most interesting findings of the analysis performed by Art-Test on some of the paintings in the exhibition.