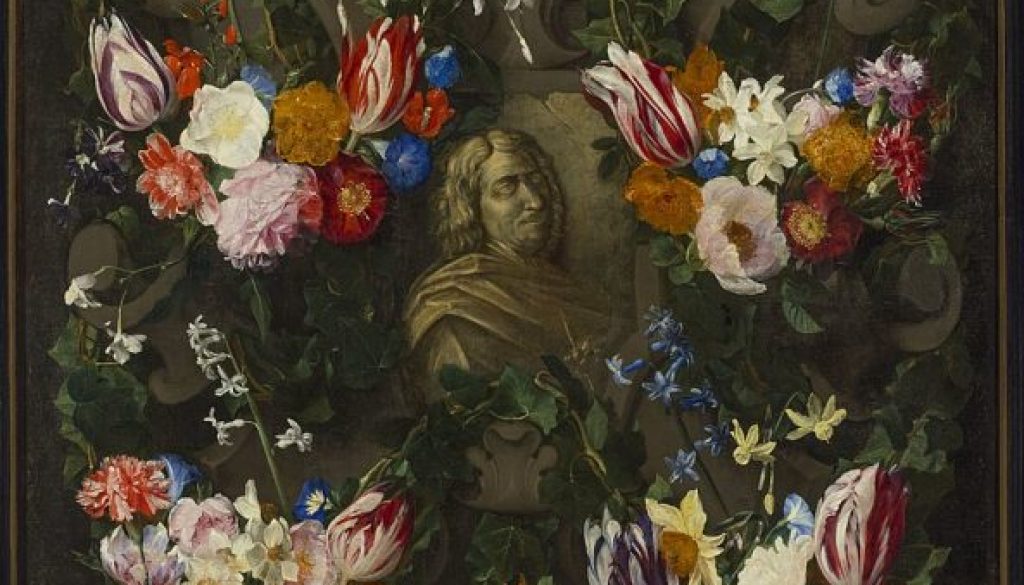 Daniel Seghers, born on 3 December, 1590, a painter of flowers, has played a fundamental role in the history of art and diplomacy.

He lived for the most part of his life during the Eighty Years War for Dutch Independence, during which in Flanders the destinies of the North, bourgeois and Protestant, and the South, Catholic and Spanish, separated. With significant repercussions also in the artistic field.

In Holland sacred art lost its importance and painters gave shape to the values of a mercantile society. Genre painting, everyday life scenes and still life became almost the only subjects in demand.

Unlike what happened in the Southern Netherlands, more or less the present-day Belgium, where religious and aristocratic patronage continued under an Italian and classical influence.

Seghers straddles the two cultures. Born a Catholic, after the conversion of his father he moved to the Protestant territories of the north, to return to Antwerp after a few years with his mother, reconverted, Jesuit, and artist.

He began his apprenticeship as a painter in Antwerp with Jan Brueghel the Elder, followed by a 2-year stay in Rome after his ordination.

And his greatest contribution to the history of art is also between the two cultures. He is in fact the “inventor” of the flower garlands that frame a scene, often a religious one.

The wreaths, even if very accurate in detail, were certainly not painted live, the flowers represented do not bloom at the same time and the bouquets were not at all common – even the very wealthy displayed the flowers one by one in Delft ceramic tulip holders.

Seghers flowers, holding religious significance, often framed a painting produced by somebody else. He collaborated with many of his contemporaries, artists like  Rubens, but also Poussin and Domenichino.

His paintings were not usually sold through art dealers, but were presented as gifts by the Jesuit order. They served as powerful tools for diplomacy. In 1631, for example, Seghers sent Maria de’ Medici a picture on the occasion of her visit to the Collegio di Sant’Ignazio.

The seventeenth century was a fantastic period, with artists exploring the most diverse genres, techniques and styles: Caravaggio, Rubens, Poussin, Domenichino, Seghers, Brueghel, even if often the materials and pigments used were the same.

← How many pigments are associated with a painter’s name? Becoming famous → 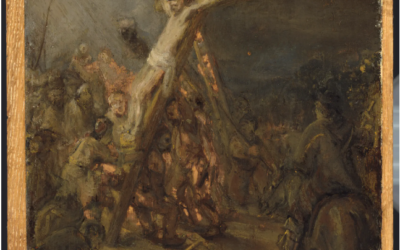