The other Renaissance genius  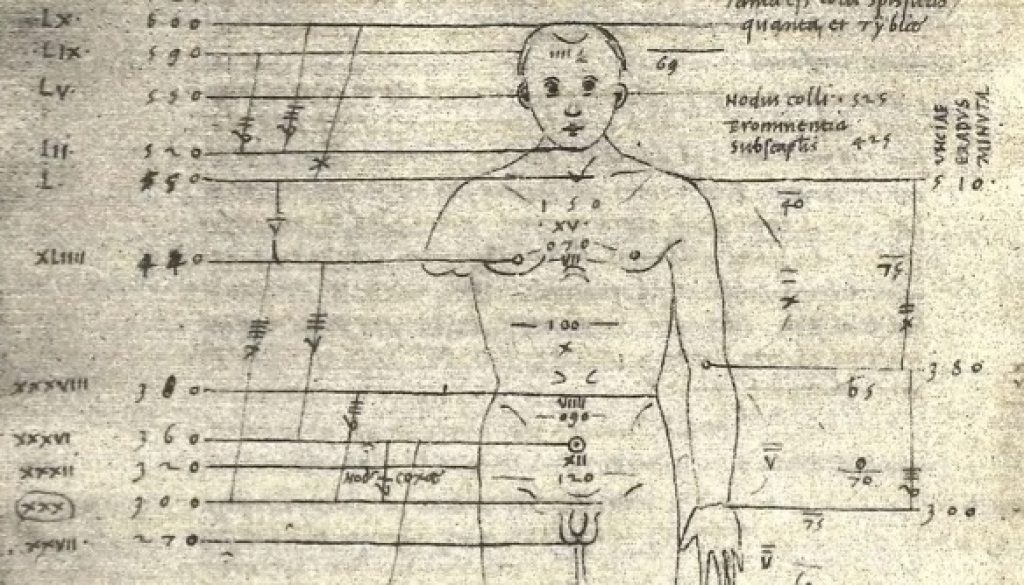 Illegitimate son, even if recognized by his father. Multiform genius, father of the Florentine Renaissance.
No, we are not talking about Leonardo but about Leon Battista Alberti, born Battista, self-proclaimed Leon, less “pop” but just as fundamental as Da Vinci for the prodigious rebirth of the arts.

Fascinating character, less known and who fortunately has for now passed unscathed by imaginative interpretations.
From a noble and wealthy Florentine family, he was born far from Florence because the family was in exile – and suffered a lot from this condition. He studied and distinguished himself in numerous disciplines: architecture, literature, mathematics, linguistics, philosophy, optics, music and archeology; he was also a brilliant cryptographer.

Leon Battista Alberti’s cipher disk is the first polyalphabetic encryption system. The device consists of two concentric discs, rotating relatively to each other, containing an alphabet ordered for the plain text (text to be encrypted) and a disordered alphabet for the cipher text (resulting text). Allows polyalphabetic substitution with irregular period. Scrolling of the alphabets occurs by means of key letters inserted in the body of the cryptogram. The four numbers can also be used to overcode 336 code phrases.

Prototype of the modern intellectual artist (the others came from craftmanship), he starts from theoretical research.
His first studies were of a literary and legal nature. The artistic training took place from 1432 in Rome, which represented a fundamental step in outlining his relationship with classicism. As Brunelleschi, he fixed in the study of the proportions of Roman buildings the starting point of architectural design and attributed to the ancients the model to emulate for both structural and decorative aspects. From 1434 he was in Florence where he recognized the realisation of his own artistic principles in the art of Donatello, Masaccio and Brunelleschi. To Brunelleschi he dedicated the treatise De pictura, written both in Latin and in vernacular Italian.
His most significant production was in the field of architecture: in Rome, where with the patronage of the humanist pope Niccolò V, his university friend, he worked as an archaeologist, restorer of ancient monuments and urban planner and where he wrote the “De re aedificatoria” on the problems of the Renaissance city), in Rimini where he designed the Malatesta Temple and in Mantua where he oversaw the projects for the churches of San Sebastiano and Sant’Andrea.
In Florence, Alberti worked above all for the rich merchant Giovanni Rucellai, who was also a close friend of his. The Florentine works will be the only ones completed before his death: the Palazzo Rucellai in via della Vigna Nuova, the completion of the marvelous facade of the Church of Santa Maria Novella and the very elegant temple of the Holy Sepulcher in the Rucellai Chapel inspired by the Holy Sepulcher of Jerusalem and intended to house the remains of Giovanni Rucellai (located in the now deconsecrated church of San Pancrazio which is part of the Marino Marini Museum complex). The funeral monument was an immediate success, so much so that in 1471 Pope Paul II issued a bull in which five years of plenary indulgence were granted to the faithful who visited it on Good Friday and Holy Sunday.

The facade of the church of Santa Maria Novella, before and after Alberti’s intervention, begun in 1460.
https://www.smn.it/it/magazine/la-acciata-svelata/

He died in Rome on April 25, 1472, mourned and venerated. However, we do not even have a certain image of him, despite the fact that he was also a painter.
No Salvator Mundi dispute.
His ideas were the ones to triumph over time.

← Time to squeeze your brains Primitives, plagues and other current issues  →