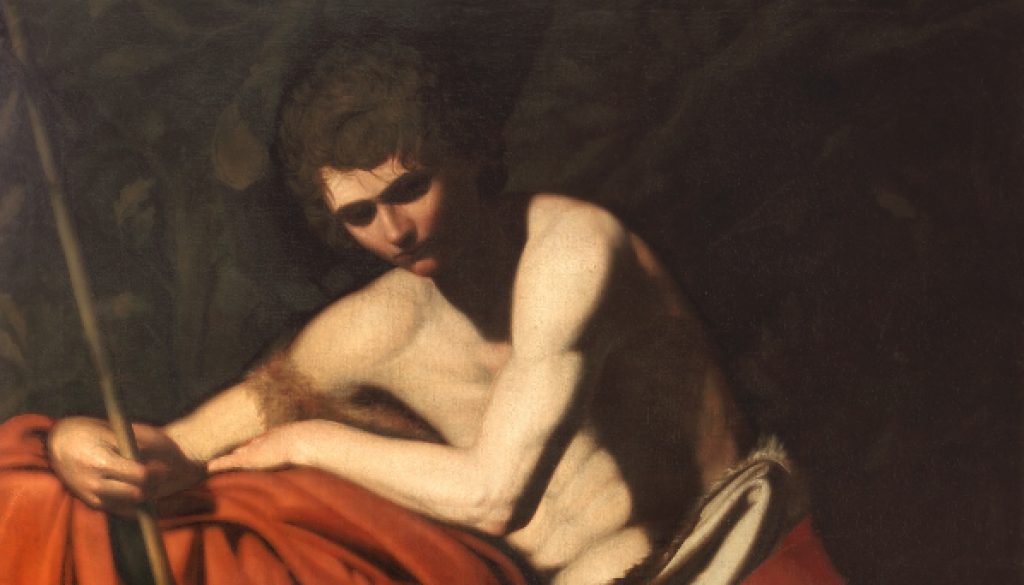 Caravaggio or not Caravaggio? A report on the 11th April Study Day

“The Mother of Caravaggio is always pregnant”, is the title of a provocative pamphlet by Tomaso Montanari, meant to emphasize how often we talk about discoveries without the support of adequate research. This is not the case of the painting from Empoli, for which the accomplished restoration was the occasion for a study day on “From Caravaggio. The St. John the Baptist and its copies “, attended by a large number of eminent scholars, including Professor Mina Gregori.( She,  an undisputed authority in the field at the opening declared to be  very interested and to be ready to learn more. What an enviable vitality and what an exemplary attitude!)
The scientific research (performed by Art-Test) on the painting now in Empoli, one of the known variants of this St John subject, provided rather interesting results which show e,g, that in fact it is not a nineteenth century copy as some speculated,  but a seventeenth century artwork. Moreover, IR reflectography allowed visualizing some interesting “pentimenti”, for example in the look.
Conference proceedings are due in September, but the communications given at the workshop are already available on line (http://ilraccontodellarte.com/) (in Italian). The talk by Art-Test is also on our YouTube channel (https: // www.youtube.com/channel/UCh8hj11mXK5ut4ajsT8V7kA).
After the greetings of the authorities, with the debate moderated by Bruno Santi, and the introduction to the works by Prof. Mina Gregori, Nicole Mayers’ communication related on the events that led the painting now in the collection to Kansas City, while Cristina Terzaghi focused on the collection Costa. The communication by Angela Cerasuolo explained the technical characteristics of the artwork now in Capodimonte, while Valfredo Siemoni reported on the evidence collected about the provenance of the painting now in Empoli. Cristina Gnoni and Sandra Pucci explained the restoration works and stressed the importance of them in reestablishing discernibility to the artwork. After the report of Art-Test on materials and techniques employed, Roberta Lapucci focused on iconographic aspects while Marco Masseti, archozoologoo, concluded with an interesting overview of animal furs employed for the iconography of St John. 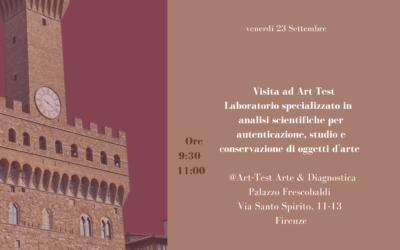 This year on the occasion of the BIAF 2022 Art-Test hosted a meeting with ARTE Generali , with their agents and guests, collectors, brokers and art experts, present at the Antiques Biennale of which they were among the main sponsors. We talked about how diagnostic... 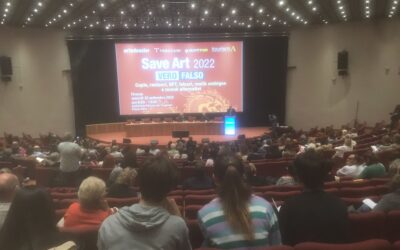 The “VERO-FALSO” (TRUE-FALSE) conference, organized by Art & Dossier for Giunti, and Treccani, as part of TourismA, on one of the most recently debated topics, was an extraordinary success, enriched by the presence of high-profile speakers. It opened with a... 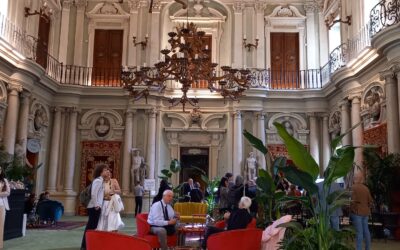 The richness of the Florence Biennale of Antiques this year enchanted us. In Florence we are used to being surrounded by beauty, but the comparison with other antiques fairs that have been held around the world and especially in Europe, this year is stunning. The...