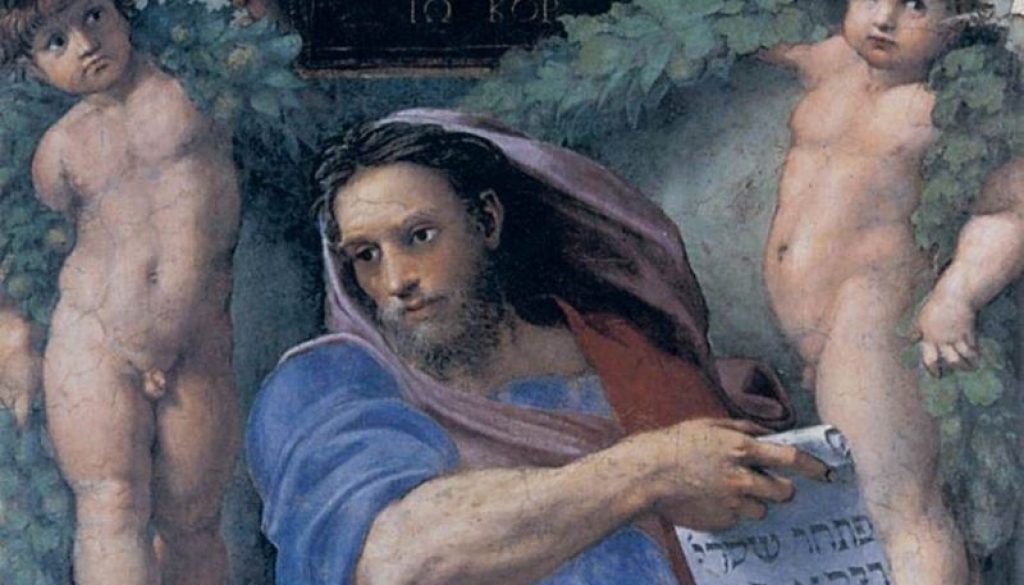 500 years after the death of Raphael, and in conjunction with the planned celebrations, a very important project is underway: “Study, restoration and valorisation of the “Putto holding a garland” of the National Academy of San Luca” (here below). The assumption is that the putto may be an original by the Master. The restoration began on 7 January, sponsored by the Borghese Gallery-Roman Heritage Onlus .

The project involves an interdisciplinary team with expertise in historical-artistic research, restoration and diagnostic investigations.

A story full of charm and mystery, but which clashes with some provenance data and thus starts with many doubts. Hopefully this complex project with lead to definitive answers.

The fragment belonged to the collection of the neoclassical artist Jean-Baptiste Wicar. Documented for the first time in 1829, it became part of the collection of the Accademia di San Luca in 1834 as a bequest of the French painter and collector. It probably arrived from Bologna, as Quatremère de Quincy wrote in 1829.

Before this time, however, there is no trace of the putto.

In the restoration of 1959, Pico Cellini found a relationship with a passage from Vasari’s Lives: the putto would be what remains of the first version of the fresco depicting Isaiah made for the Church of Sant ‘Agostino (here on top). Apparently, after having seen the Sistine Chapel in the company of Bramante, Raphael decided to redo the depiction of the prophet from scratch, adding two “lively and pinkish” cherubs.

However, in fact in the same year the art historian Luigi Salerno put forward the hypothesis that the putto could instead be a painted copy of the same Wicar.

The first to document the fresco’s “stacco” was Pungileoni, who however describes a wrong provenance. According to what he wrote, the putto in question, at that time in the collection of Jean Baptiste Wicar, it was on a fireplace in the apartment of Innocent VIII in the Vatican.

The fresco depicted two cherubs holding the coat of arms of Julius II and those, would have been detached and alienated, when works for the Vatican Museum were carried out. One of the two would have arrived to Wicar, the other instead was sent to England. But the putti  of Julius II still exist (see at the top).

Plausible hypotheses can only be the followings: an original executed by Raphael with the same cartoon used for the putto in S. Agostino, a later copy or a fake.

We will know the answers at the end of the work, which starts with the right skills, but, in my opinion, with little hope. 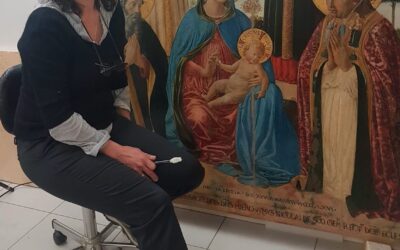 –How did you become a restorer? What was your training path? I have always loved drawing, and also copying, since primary school. Later, I attended Liceo Artistico, an art focused high-school, but in those four years what I produced didn't seem to me to be of the same...