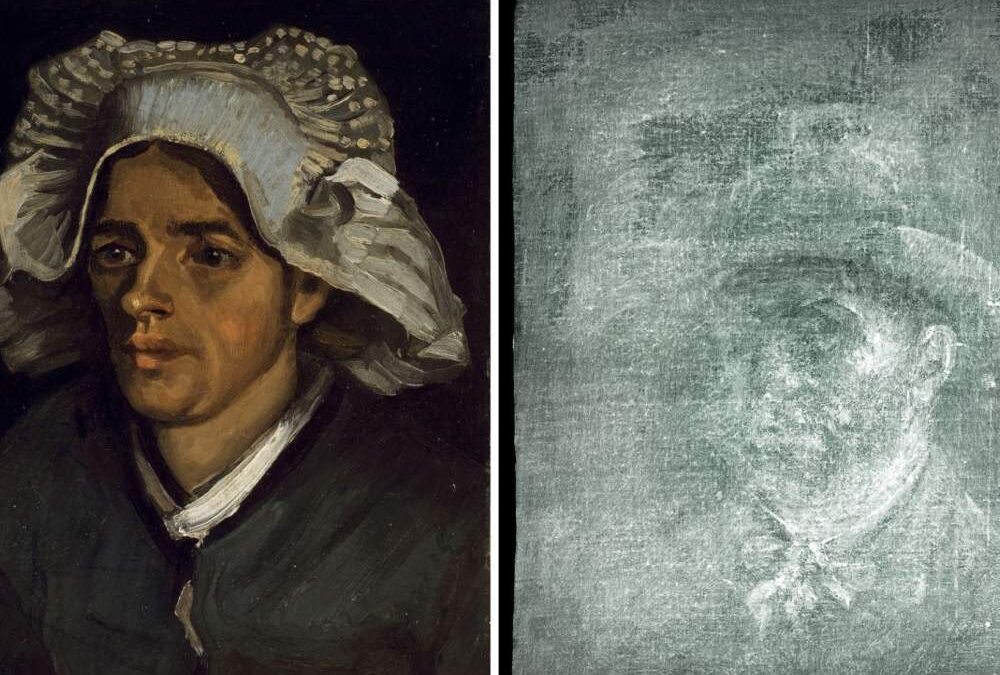 When discoveries concern Vincent Van Gogh’s, news go fast around the world. And this time it was no exception.

The painting unveiled thanks to the radiographic campaign carried out on “Peasant’s Head”, preserved in the National Galleries of Scotland, is further proof of canvas reuse by Van Gogh, a practice repeatedly followed by the artist, who, as we all know, also experienced periods of great economic hardship.

Van Gogh has self-portrayed himself countless times, at least 25 times. Of those portraits, the ones in which he paints himself with a hat are 9, but only a few can be said to be similar to the one revealed by the X-ray.

However, there is a detail that aroused our attention in observing the image revealed by the X-rays. In comparison with the painter’s known self-portraits, we noticed how around his neck he has a knotted handkerchief whose tails are left free. None of all the other paintings with a similar subject have a such a detail, while something similar is found in a portrait published in “ Vincent Van Gogh: the lost Arles sketchbook”, a publication that contains all drawings found in a notebook a few years ago. To date, the research to understand the authorship of these drawings has not yet been completed, but certainly in this “corpus” we find a face, considered a self-portrait, with a handkerchief around the neck with “free tails”.

The notebook should date back to 1888 and the portrait found, thanks to the X-rays, appears to be from 1887. Perhaps time has come to take into consideration the research done and published in the book again?

Anyways, diagnostics confirms to be the keystone, the most suitable means to deepen research on artworks and to reveal, more and more often, unknown details.