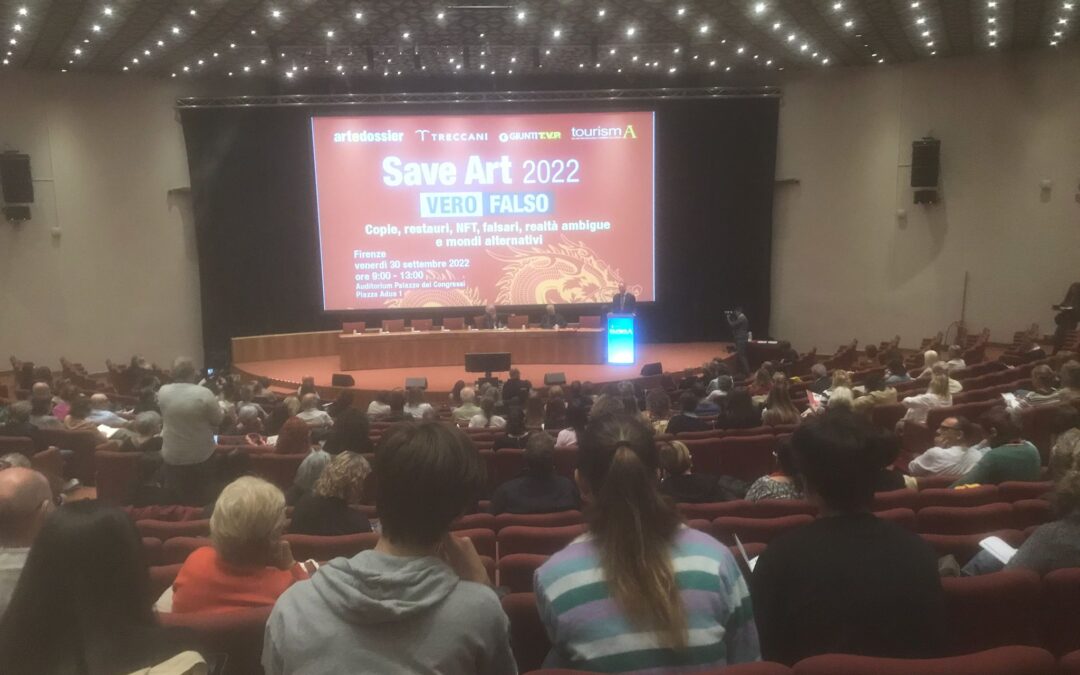 The “VERO-FALSO” (TRUE-FALSE) conference, organized by Art & Dossier for Giunti, and Treccani, as part of TourismA, on one of the most recently debated topics, was an extraordinary success, enriched by the presence of high-profile speakers.

It opened with a presentation by the director of the Uffizi, Eike Schmidt, who immediately wanted to underline the difference between forgers who work for profit and those who work by vocation.

The topic, as was repeated in several ways during the morning, is objectively very broad and constantly evolving. The forger is undoubtedly, at least in most cases, a person with an interesting profile, who thoroughly knows both the artist and the work he is going to recreate. Whoever creates the fake considers himself one of the greatest connoisseurs of the falsified artist, even, sometimes, among the few who have managed to grasp their essence. Perhaps this is why (s)he always exerts so much fascination.

Extremely interesting then was the consideration that if in the past the preferred period for forgers was the Renaissance, now it is the modern and contemporary period to be mostly falsified, because if we want to quote Beltracchi, one of the most famous forgers, it takes less time to recreate a work of the last century, less effort and above all you can sell it much more easily.

(Don’t you know who Beltracchi is? Read here)

But how to recognize fakes artworks from authentic ones? There were four interventions that tried to answer this question.

Sandra Rossi, director of the Sectors of Restoration Paintings, Polychrome Wood Sculpture and Paper Materials of the OPD, focussed her intervention to restoration and diagnostics, presenting them as useful tools for a critical act, in order to study the artwork in all its facets, allowing, in most part of the cases, to be able to state whether the work under study is coherent or not with the period and the artist indicated. Operation that must be kept separate from the attribution.

The fact remains that the fake is not always something of no value: think for example of the copy of the portrait of Leo X by Raphael made by Andrea del Sarto: Vasari tells an anecdote stating that they had to make a sign behind the table to to distinguish the original one from the other one, as they were so similar and both so well-made.

Chiara Casarin on the other hand, a semiologist and historian of contemporary art, stressed that, in her opinion, there are various intermediate situations between true and false.

Starting from the assumption that there is a first differentiation between those works called autographic, that is, not reproducible as is precisely painting , and allographic ones, such as music, referred to two cases that illustrate how it is not always easy to talk about a fake. & nbsp;

In the first instance you referred to the project in which she took part, which targeted the realization in bronze on a scale of 1: 100 of the colossal horse by Canova, of which there was the plaster model. In this case, is it correct to speak of a fake?

Yet in the past it often happened that after the death of the creator, other artists, starting from the plaster mold, created the bronze statue!

Another case is that of Veronese’s Wedding at Cana, a work cut into three parts and exhibited in the Louvre in the same room as the Mona Lisa. Thanks to cutting-edge technologies, the canvas, the colors and even the body of the brushstroke have been recreated in a perfect way; the “copy” was then exhibited in the place of origin. Also linking to the speech given by Laura Lombardi, professor of Phenomenology of Contemporary Arts at the Brera academy, who had stated that from a philosophical point of view, it is not only the work itself but also the aura it creates if placed in the place for which it was designed to determine its authenticity, she asked the audience which of the two works has greater authenticity: the original by Veronese, now completely extrapolated from the context, or the perfectly detailed copy exhibited in the place of origin?

The fact remains, in our opinion, that an original is not only the image but also the materials used, with their history.

Lombardi also took as an example the case in which Michelangelo created a fake when, after having sculpted a sleeping cupid, on the advice of Pierfrancesco dei Medici, he buried it and then brought it to Rome and presented it as ancient work.

This is just one of the many cases in which the work itself is of clear value but becomes a fake when it is decided to attribute its making to the Roman era (spoiler: the fake was unmasked).

The exhibition ended by proposing an agreable statement: everything that is not done by the artist is a copy, but we speak of fake only in the moment in which this copy is presented as a “work by”. And on that we indeed agree.

Mauro Zanchi , art critic and director of the Baco Temporary Museum, underlined how the reliability of sources has changed over time. He asked to think for example of photography: it is well known, especially today with the advent of social media, how much these can be unfaithful.

But let’s not forget, we diagnosticians can add, that even the falsifications of photographs can be discovered. For example, we refer you to our article .

He then referred to Blade Runner, making a parallelism between the humans and the replicants (which are the fakes), yet these have photos and memories thus making distiction between authentic and fake very hard. With this he wanted to argue the fact that if a fake artwork has a story behind it, it becomes even more difficult to be able to identify it as such.

The morning ended with the intervention of Jean Blanchaert who spoke about Philippe Daverio, colleague but above all friend, who passed away too early. She showed a series of photographs that conveyed a lot of complicity and simplicity, something that after a conference dedicated to fakes and forgers, particularly impressed precisely for its authenticity .