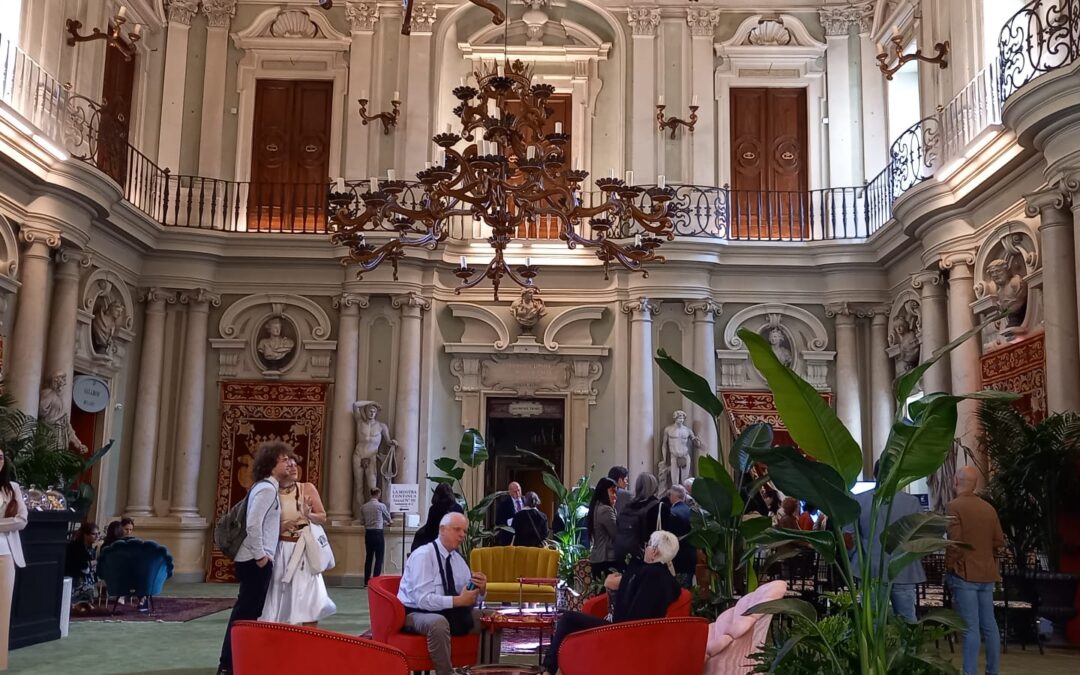 The richness of the Florence Biennale of Antiques this year enchanted us.

In Florence we are used to being surrounded by beauty, but the comparison with other antiques fairs that have been held around the world and especially in Europe, this year is stunning. The setting of Palazzo Corsini, one of the most sumptuous palaces in the city, is incomparable. But it wasn’t just that.

The contamination with the contemporary was limited to a few extraordinary pieces, while it was the quality of the masters who left an indelible mark on history to make the show.

A selection process that lasted centuries which allowed only the best to remain, only those who were able to compose, to amaze, to be remembered, with a charm that has not yet faded.

If the chronicles reveal that the prices reached by some contemporary artists rival or even surpass the ancients, we cannot fail to be surprised.

Here the quality has passed the scrutiny of history and each piece has a lot to tell. In fact, the enchantment also derives from this: each piece teaches us something, adds something to our collective memory, to who we are, where we come from and where we go .

A wealth of works among which it is really difficult for us to make a ranking . But this was not true for the selection committee that awarded the prizes: the award for the best painting goes to “ Il banchetto di Absalonne ” by Niccolò Tornioli, presented by Robilant + Voena; the Award for best Decorative Arts and Design was awarded to the “Pair of hunting trophies ” attributed to Filippo Parodi, presented by Brun Fine Art; the award for the best Sculpture to the “ San Sebastiano ” by Pietro Lombardo, in painted stone, a testimony of the original appearance of many works that have now lost the painted layer, presented by Botticelli Antichità.

There have been many sells, judging by the red stickers, not only to private individuals, but also to museums and public collections. First of all the Uffizi, which this year, thanks to a very positive growth in admission tickets, has allowed the Florentine museum to purchase 6 works, in addition to the drawing received as a gift from the Frascione galleries .

For us, as we always “play” between the true and the false, the first price goes to the “ Self-portrait of Giorgione “, by Antonio Canova, who enjoyed making fun of connoisseur, then as now, a little too sure of their eye.