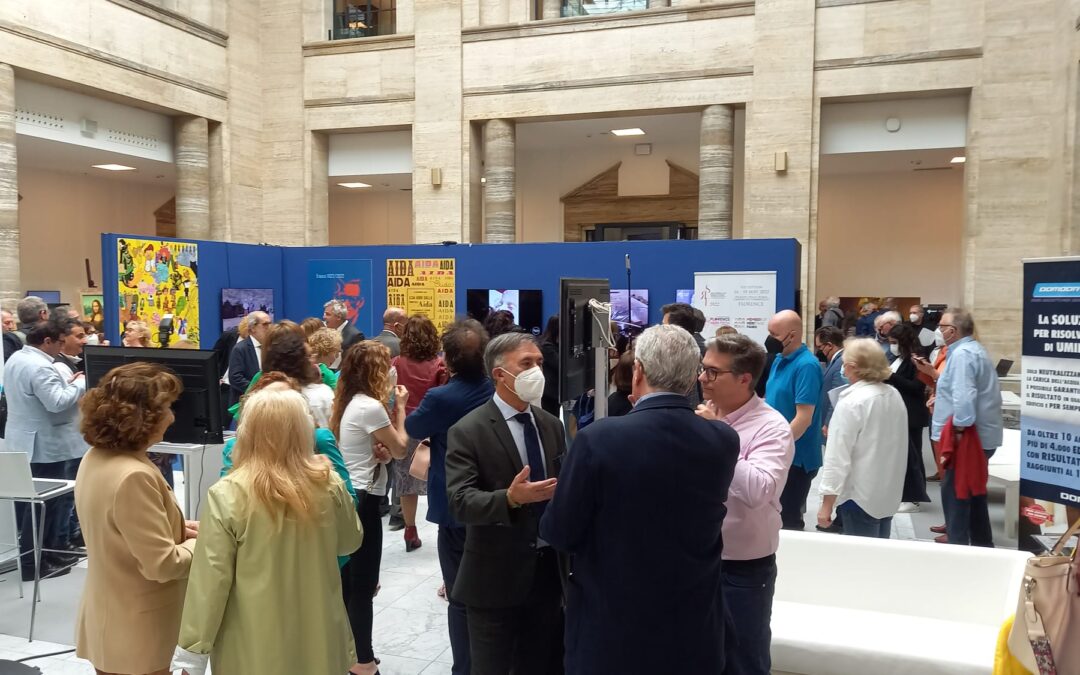 We all know well how the last two years went and we are aware that returning to meeting in person, however hoped for, still brought some fears with it. But it was worthed it.

In fact meetings and interactions among participants were the best part of the fair.

The Salone itself was not self-referential at all. The location, a stone’s throw from the most important historical monuments of the city, wanted to offer a different vision from the one conceived years ago, not a mere exhibition of products, services and publishing but something that goes beyond them.

As far as technology is concerned, at the booths non-destructive approaches, and imaging techniques were protagonists. The famous Kremer company was present with their usual colour display stand of and then the publishing companies with lots of books, all interesting and precious. At the same time it was possible to access stands and virtual contributions on the web.

However, the real interest was for the presentations and the several meetings organised. In the rooms  (a little small for the audience attending), several topics were debated ranging from restoration to promotion.

One among the many talks we enjoyed was the story of the experiences made by two young restorers, Francesco Baudone and Anne Claire Sulpice, who, after an internship abroad on objects not properly studied, managed to involve and excite the audience in the event entitled “Ukilo-e: investigations on possible methods of conservative intervention and restoration “.

In general, the physical closeness between speakers and listeners encouraged a real confrontation, almost as if one were conversing inside a large living room.

During our seminar, we tried to propose a contribution with different-from-the-usual subject. Nothing that concerning a publication or the finding of a restoration. Instead we decided to tell how restorers, art historians and diagnosticians started together, and with constant dialogue, to study and understand an artwork in its various aspects: the material used, the history of conservation, the scholarly findings. As a result, the attribution of the painted Cross of the Museum of San Casciano, today supposedly by the master of San Lucchese could instead be by another artist. The art historian Dr. Matteuzzi, director of the Museum of San Casciano Val di Pesa, illustrated the first findings of the in-depth study she is carrying out on this work. The restorers of the Florentine laboratory “l’Atelier” discussed their first observations on the subject, also showing the first cleaning tests and the first considerations on the state of conservation taking into account the previous documented restorations. Finally, we, at Art-Test, presented our diagnostic project, i.e. what led us to choose the types of investigation proposed and the first considerations deriving from the analyses carried out, in particular radiography and reflectography.

In the aftermath of this fair, we can say that, in our opinion, fairs must increasingly be a “multi-layered” meeting places, where the various aspects of conservation and restoration are discussed in a practical and critical manner. Where the physical space merges with the digital space. Moreover, we would like that the Florence fair could offer an opportunity to visit the many restoration studios of the city, and, why not, of other the Italian cities, and also laboratories like ours, in order to understand how much technology and investigations may be the added value for the whole translation process of our past into the near future