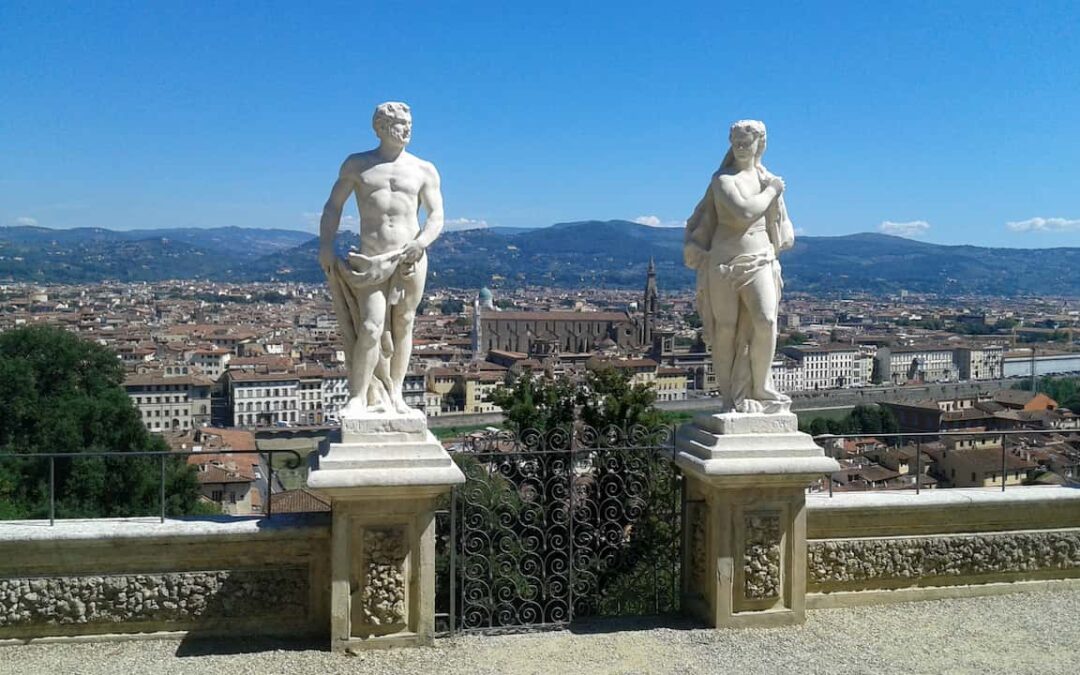 1922 saw, in the month of September, the death in Florence of the Stefano Bardini, an exceptional character of whom we tried to sketch a portrait in a previous article , given that this year is the centenary of his passing. This time we focus on the compelling story of his heritage.

Defining Stefano Bardini only as an antique dealer is too simplistic, since “Stefanaccio”, as the Florentines called him, was definitely much more.

He practically invented the international art market, thanks to his relationships with Wilhelm von Bode primarly, but also with all the world greatest collectors, such as Isabella Gardner of Boston, John Pierpont Morgan of New York, John Johnson of Philadelphia, the Jaquemart-André spouses of Paris, Prince John of Liechtenstein, Albert Figdor of Vienna, not to mention the Museums of Berlin, the Louvre, the Victoria and Albert and many others.

It is estimated that in the United States alone, Bardini sold about 650/700 paintings!

But what is even more extraordinary is the story of his heritage.

Stefano Bardini died in his palace in Piazza de ‘Mozzi, where he had made his will only 2 days earlier, leaving his “palazzo” which was the seat of his gallery (excluding the top floor), and its contents to the city of Florence. He left the top floor to his sons Ugo and Emma, ​​as well as the wonderful Villa Bardini with its fairytale garden.

The reasons for such a beau-geste are not clear: remorse for all that he had scattered? A wish for self-celebration? Love for Florence (so badly repaid)? In his will he had written “for the affection” that bound him to Florence “and to demonstrate the cult” that he had “always nurtured for his artistic history”. What is certain is that the Florentines, as they had never loved the “king of rubble”, did not even love his inheritance.

Thus, when the Bardini Civic Museum was inaugurated in 1925, just 3 years after his passing, the whole spirit of the attentive collector was canceled. On the eve of the First World War, Stefano had in fact closed the shop, fired all the employees and was completely dedicated to setting up his own museum.

That was all for nothing: after his death, his “scenography” was completely cancelled, the works were rearranged according to a mere chronological-didactic order, his beautiful “Bardini blue” was reworked and all profoundly normalized, even with the inclusion of other works not from his collection.

On the other hand, it must be remembered that the few Italians who in previous years had had the opportunity to see the setting up of the sales rooms of the Bardini palace, with that intense blue that Stefano wanted because all his works stood out on it in their different materials, and which in the end took its name from him, they called it “a color to make the teeth hook“, “a taste of an antiquated antiquarian“.

Stefano Bardini, as we said, that had a clientele of the highest profile worldwide, and the choice of that cobalt blue was precisely aimed at that international taste, a colour for which he was also inspired by the sumptuous palaces of St. Petersburg, a tonality that the Russian aristocrats present in Florence, Pisa and Rome had brought with them, and that near Florence, in the center of Pisa, had a magnificent testimony in the Palazzo Blu on the Arno, which in 1773 housed the Greek-Russian Imperial College.

Perhaps it was because of seeing this havoc of his father’s work that Ugo, his son, when he died in 1965 without heirs, left a very intricate and vindictive will, which took 30 years to allow the Italian state to resolve.

Ugo Bardini appointed heir the Swiss State, in second instance the Vatican City, and only in third instance the Italian State, precisely the Ministry of Public Education, with one condition: the state would have to sell all 30 thousand pieces of the Bardini collection (registered among 1975 and 1979) and the buildings of the inheritance (valued at 33.5 billion lire at the time) to buy two, or at least one, universal masterpieces, produced not later than the 16th century, and worthy of being exhibited at the Uffizi if paintings or at the Bargello if sculptures.

But how could an entire inheritance be sold that included countless priceless pieces? How could Italian palaces and historic buildings and monuments be sold? The mockery and revenge thought up by Ugo Bardini was perhaps just that: he expected the Italian state to apply the protection law and bind the inheritance in order not to disperse the assets. The road was uphill, and the solutions difficult to find, so much so that it took thirty years for the tangled skein to be unraveled.

It was Raffaello Torricelli, a Florentine lawyer well known for his commitment to Florence and its heritage, who organized a conference on this problem in 1985, and thus managed to rekindle the spotlight on this matter.

Finally, ten years later, in 1995, thanks to the technical government of the Florentine Lamberto Dini, where as Minister of Cultural Heritage there was the Florentine by choice, Antonio Paolucci, and thanks to the support of personalities such as Valdo Spini, Sandra Bonsanti and Giovanni Berlinguer, and also from the then President of the Culture Commission to the Chamber Vittorio Sgarbi, the miracle was obtained, with the decree number 120 of March 6, 1996. With that decree the State redeemed the inheritance, and, searching the folds of the 1996 budget, allocated 35 billion lire for the purchase of the prestigious works required by Ugo’s will, to finally unravel the Bardini inheritance.

Antonio Paolucci set up a commission composed of Cristina Acidini (Superintendent of Artistic and Historical Heritage of Florence), Evelina Borea (of the Central Cultural Heritage Office of the Ministry), Marco Chiarini (director of the Palatine Gallery of Florence) which had to identify the works to be bought on the international market. The time available was not much, the Dini government was a technical government and as such temporary, the intricate situation had to be completed quickly for the good of all.

The availability of 35 billion lire to buy two works of art inevitably caused a lot of noise all over the world. International collectors moved from the West and the East, proposals came from antique dealers, gallery owners, private individuals and public merchants. Despite all this movement, finding works worth 15/16 billion each was not easy, also because the market for the great names of the Renaissance was higher.

Vittorio Sgarbi revealed recently the details of such treasure hunt, which was far from easy. In the end, two sections of a polyptych by Antonello da Messina painted for the church of San Giacomo in Caltagirone were purchased from a Turin antiquarian, in a non-optimal state of conservation, depicting a Virgin and Child crowned by angels, and a Saint John the Evangelist, and from the Florentine Curia the Martelli coat of arms, unanimously attributed to Donatello at the time, which however scholars today are more inclined to assign to Desiderio da Settignano.

The coat of arms was removed from the staircase of the building in via Zanetti where it had remained for 500 years and today is exhibited in the Bargello in the Salone di Donatello, while the Antonello da Messina is in the Uffizi, where in 2015 it was possible to reconstitute the original triptych thanks to the “renewable ten-year deposit” of San Benedetto which was in the Castello Sforzesco. In exchange, the Uffizi gave a Madonna and Child by Lombard Vincenzo Foppa with the same formula.

And so the age-old question ended. Villa Bardini with its fabulous four-hectare garden, was completely and finally restored thanks to the Cassa di Risparmio di Firenze, which provided twelve billion lire. The Foundation then signed an agreement with the state and established the Bardini – Peyron Foundation which manages the villa and the garden which are finally returned to the community, and to the city of Florence as in Bardini’s wish.