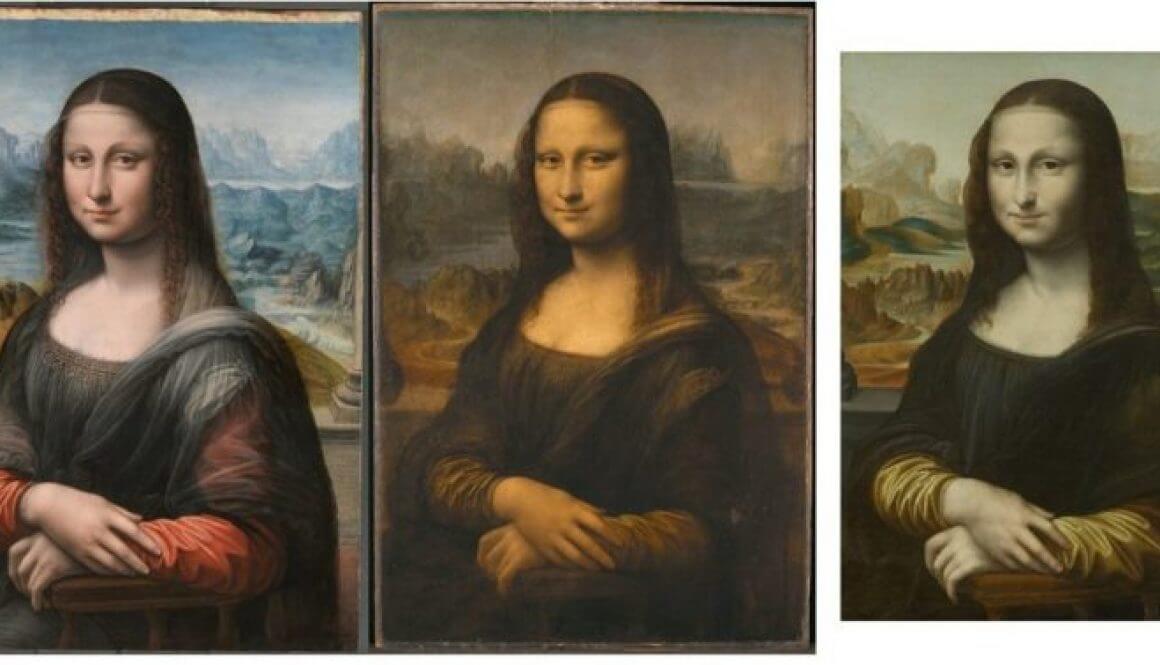 Echoes of the exhibition at Villa Farnesina closed in January 2020 are still stirring debate today.
The exhibition focused on the years Leonardo spent in Rome, between 1513 and 1517, before moving to France, where he died a few months later. In those Roman years, the great Florentine genius was a guest of the Pope’s brother, Giuliano dei Medici. And it is known that on that occasion he brought with him some of his masterpieces, including the Mona Lisa.
Here the story becomes particularly interesting, because at the exhibition at Villa Farnesina a third version of the Mona Lisa was presented, an artwork that was most likely painted while Leonardo was still alive, This Mona Lisa is so called Torlonia, because until 1925, it belonged to this noble Roman family.

According to the most recent studies conducted by Maria Forcellino, the painting, before ending up among the assets of this collection, would have already belonged to the collection of Cassiano Dal Pozzo. The painting and its importance would have been lost during the passage from Dal Pozzo’s heir to the Torlonia collection, possibly because it was catalogued as “a Nun by Leonardo“.
When it was decided to restore the painting -that was originally on wood and then transferred on canvas- the analyses led to some surprises. In the infrared reflectography it was clearly seen that in Monnalisa’s left hand there was a finger superimposed on the other, a “pentimento”, an afterthought. Exactly the same rethinking to be found in the Mona Lisa in the Louvre.
This implies that whoever made this painting was in Leonardo’s workshop while he was painting the Mona Lisa of the Louvre. Otherwise why would he have made her fingers in a way and then changed them exactly as Leonardo did in the Parisian Mona Lisa?
Similar observations had already emerged when El Prado decided to have his copy of the Mona Lisa restored. From the study of the Xrays and IR images, it was clear that what was thought to be a copy, in reality could only have been made during the making of the Louvre Mona Lisa, because it presented a series of otherwise inexplicable “pentimenti”. 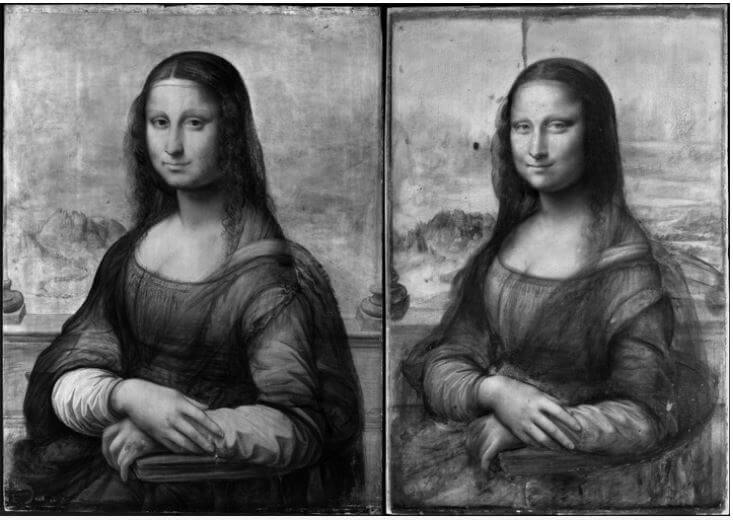 So the romantic myth of the brilliant artist who paints for himself and by himself, and does not replicate any creations, seems increasingly distant from reality.

We have to get used to thinking in different terms. After all, once a master like Leonardo has a “workshop”, it is actually objectively difficult to imagine that he produces paintings entirely by himself, from the ground to the final layers.
Working together in a workshop means more likely that it is always, or almost always, the master who has the idea and produces the original sketch, but also that it is the pupils who prepare the support, transfer the original drawing onto the support and begin with the preparation of the painting, while the master follows the work of his disciples. and intervenes in correcting or intensifying the artworks.
A vision that, paradoxically, seems to find art historians less convinced, despite all evidence, especially in the case of the “big names”.
If for the Prado version, no one dared to denied the scientific evidence during the workshop in London in 2010. For the Torlonia version many scholars continue to say that it is a seventeenth-century copy (Marani), or not much more than a nice piece of furniture (Sgarbi).
Without, however, giving an adequate explanation of the scientific evidence that points otherwise.