Giovanni Battista Cipriani was born in 1727 in Florence, Italy, trained to be a painter and had the best possible education. He first attended the Accademia delle Belle Arti in Florence, a highly renowned institution, and then he went to Rome to get in contact with the latest art trends. After 3 years, full of hopes, he came back to Florence, where unfortunately he discovered that the market did not present that many opportunities. He only got some relatively marginal assignments. So he decided, together with 3 friends and colleagues, to emigrate and go to London.

It was probably not the easiest decision at the time, but it proved to be the right move. Someone with his background was highly appreciated. English intellectuals and painters went all to Italy for the Grand Tour, to experience what was considered to be the centre of culture and culture production.

To have someone to move from Italy to England, bringing all this heritage with him was highly treasured.

He became the first exponent in England of Neoclassicism and played an important part in directing 18th-century English artistic taste. He started to work for eminent customers, like G. Walpole, together will architects like R. Adam. He worked in several occasions for King George III too.

He was very prolific and worked as painter, draughtsman, designer, illustrator and even restorer. He was also one of the 40 founders of the Royal Academy, the English version of the Accademia delle Belle arti where had studied. He was considered the best artist in town.

The 18th century style is not very fashionable at the moment, and together with much of the art produced in that period, also works by Cipriani are nowadays not so highly praised.

They are probably waiting to be rediscovered, like it is his self-portrait that he donated to the Galleria degli Uffizi, hoping to be allowed to symbolically return and to be granted a place in the artists’ pantheon, and which is accumulating dust in the deposit. But Cipriani never knew. He died surrounded by friends the 14 December, 1785 in London, where he was still considered as one of the most esteemed artist who ever lived there, and got a funeral monument in the King’s Road Cemetery, Chelsea, by his friend, compatriot and collaborator F. Bartolozzi. 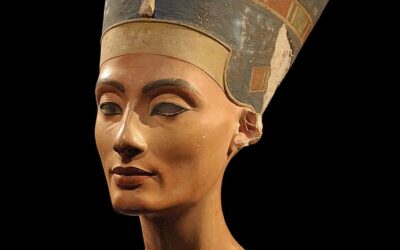